NOTE: Visit the Osher website for further information about parking, and directions to the Commander’s House. https://continue.utah.edu/maps/commanders-house

NOTE: For the initial lecture, we’ll meet at Osher Headquarters at the Commander’s House in a classroom, To Be Announced. Toward the end of the session we’ll go outside for views of Salt Lake County’s landscapes. Let’s hope for good weather.

Parking should be Okay, except sometimes… see attached: 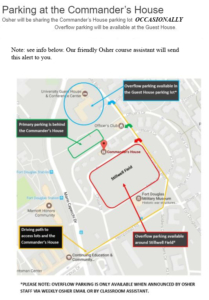 We’ll meet inside, The Commander’s House, The Parlor.

Waiver: Earth Science Outside is… outside! Consider risks before signing the waiver.

Five steps toward the JOY of landscape literacy. Today we’ll introduce the five steps and practice Step one.

Most important, let’s go outside and practice Step one of the JOY of landscape Literacy: 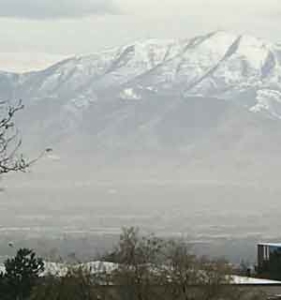 From UofU Eccles Bridge, looking west toward Farnsworth Peak of the Oquirrh Mountains. 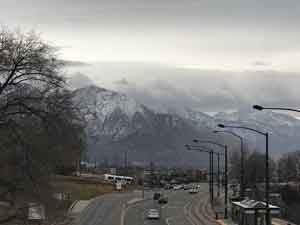 From UofU Eccles Bridge, looking south toward Mount Olympus and the Wasatch Mountains.

We’ll cover much of this content about two big topics before we head outside to appreciate patterns. 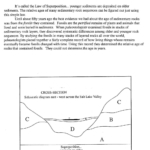 Superposition: If a rock layer is laid across another, the one on top is younger. 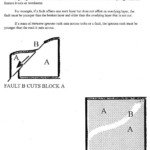 If one geologic feature cuts another, the one that is cut is older. You have to have a cake before a slice of cake. 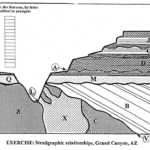 Schematic of the geologic units and surfaces (circled) of the Grand Canyon. (ESE, 2000).

Salt Lake County’s geologic past – Four minutes to summarize four billion years. Based on those general rules plus abundant additional evidence, hundreds of Earth scientists have mapped Utah’s geology and figured out a great deal about Utah’s past.

This Osher course will use the approach of nine chapters based on tectonic phases of Utah’s geologic past, according to L.F.Hintze and as taught by G. Atwood.

From youngest to oldest: 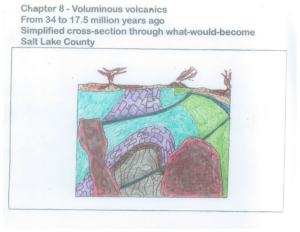 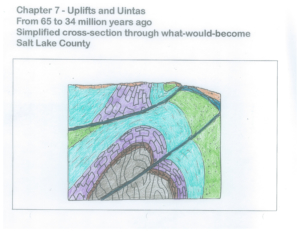 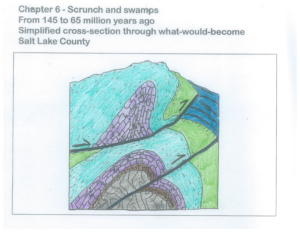 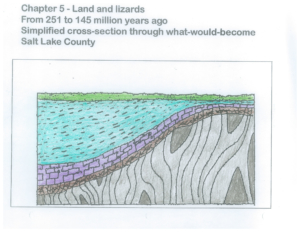 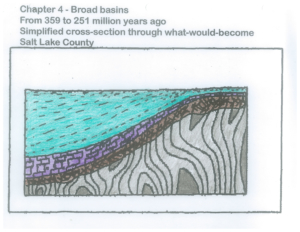 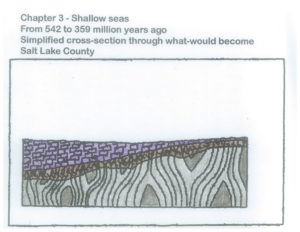 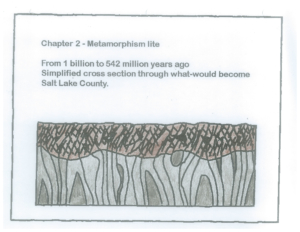 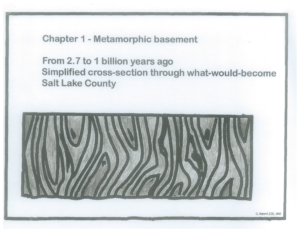 According to the National Academy of Sciences, etc, Framework for K-12 Science Education, patterns are the the first of seven crosscutting concepts that real scientists use in real life.

For landscape literacy become mindful of: 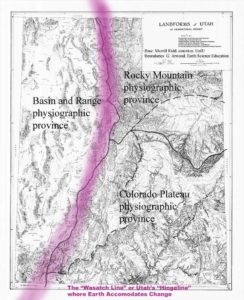 Utah’s Wasatch Line or Hingeline is a region where Earth has accommodated tectonic forces for about half a billion years. (Base, Ridd, 1960. used with permission, modified by Atwood)

The hypothetical “Wasatch Line” runs from the Idaho – Utah border to St George. Today (meaning the most recent few million or so years) it is the general boundary between the Basin and Range physiographic province  on the west and the Rocky Mountain physiographic province and the Colorado Plateau physiographic province to the east. It’s the subject of Session 2 of Earth Science Outside. Preview: Earth has accommodated change along this zone for over 600 million years. Big deal. Today, Utah’s crust is extending westward, horizontally via the Wasatch Fault system along this zone and along many additional faults of the Basin and Range region.

A physiographic province is a region on Earth’s surface defined by landforms.

Brigham Young on witnessing Salt Lake Valley did not say “This is the location!” Location responds to the question “where is.” Place, according to G. Atwood is “location with and attitude.” It has an emotional connection beyond location. Also, distinguish between sense of direction and sense of place.

Farnsworth Peak of the Oquirrh Mountains.

Bingham Copper Mine and waste rock.

Lone Peak of the Wasatch Range

Ensign Peak of the Salt Lake Salient (of the Wasatch Range)

and Great Salt Lake with Antelope Island and Stansbury Island.

Don’t hesitate to add another to our list. What is your favorite landmark and why?

Will be handed out (!)   y180326-OsherHandoutSession01-ForWebReduced

By the end of Session 1:

Participants will try to embrace uncertainty as a way of understanding and as a part of the JOY of landscape literacy.

Participants will recognize that they already appreciate contrasts of the topographic features west of the Wasatch Range, the Basin and Range region of Utah, versus eastward, the Rocky Mountain and Colorado Plateau regions of Utah. Participants will wonder how that came to be.

Content: Tectonics Rules! As a sweeping generalization, tectonics sets the stage of what regions are higher and which are lower.