OUR GOAL… Empower teachers (formal in schools, informally such as scouts, or just folks who what to share the JOY of seeing the Earth science that surrounds us) to go outside with confidence.

We assume that confidence takes some competence.

At minimum… it takes skills of observation. Here’s Earth Science Education’s mantra and approach: if you can see patterns, you can inspire others to see patterns outside. Then, when you role model curiosity about the patterns others see, together you can figure out a lot of Earth science so long as you have some resources. This section of ESE website is meant to give teachers, especially elementary school teachers in Utah resources (a) to go outside; (b) to see patterns of terrain, Earth materials, and vegetation; (c) and to connect those patterns to concepts of tectonics, Earth materials, and the role of water on Earths surface. We expect that curiosity plus some practice will lead to genuine enjoyment to figure out which parts of a landscape and its materials are older than others, for example, a mountain’s bedrock is almost always older than sediments of its stream channels.

Please think of this website as diverse course materials, all under construction.

These recordings vary in their professionalism. We dictate them because teachers ask us “be there with us” for places they know or routes they drive frequently often as passengers. Drivers drive! Be safe.

Podcasts for Places can be for specific places, or a general discussion for a general area, or a long lecture, for example, the 3.5 billion year geologic history of Utah, told a nine chapters in about an hour. Find these under RESOURCES, under INDEX – Maps and Listings.

Example: Ophir Canyon in Tooele County (LINK) has five podcasts. Three are informal lectures, such as, along Utah Route 73 discusses Tooele County’s tectonic enviroment. Two podcasts are specific to the geology exposed on the canyon walls.  (NEED TO ADD LINK!). 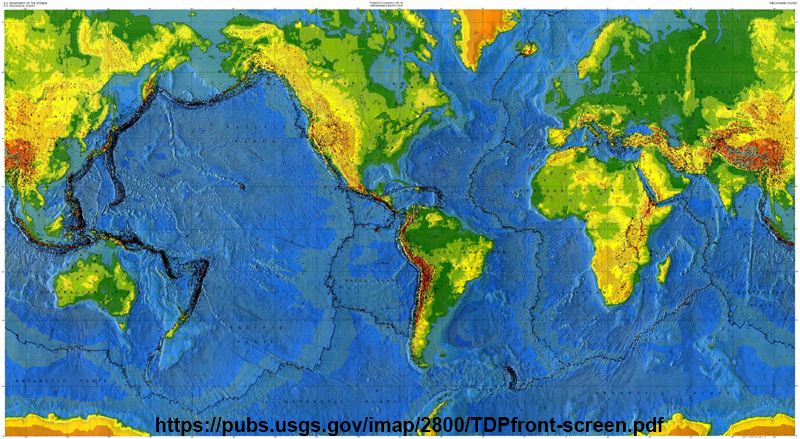 Teachers ask us for resource materials specific to Utah. The maps on this website are created by Genevieve Atwood, Ph.D., and volunteers of Earth Science Education. We encourage their use. Please give attribution to http://www.earthscienceducation.org and send colleagues and friends to visit our site. These maps are public domain. For further metadata, click on the image. This website is very much under construction.

These one-page summaries for specific places present the history as nine chapters, an approach of Lehi F. Hintze.  Dr. Hintze served on ESE Board of Trustees for over a decade, taking and leading sessions for teachers. Imagine how a cultural history of China in the 1600s would differ from a history of Europe, or Utah. Utah’s geologic history differs substantially from, for example, Connecticut’s. Tectonics Rules! The nine “chapters” of Utah’s geologic past simplify the effects of nine phases of effects of tectonics on what-is-now Utah. For example, Chapter Nine – Now Stretch, is the history of effects of extensional tectonics on Utah. Chapter Three – Shallow Seas is the history of relatively quiescent (not very active) tectonics when Utah was near sea level and south of the equator about a half-billion years ago. Teaching using numbers of years is staggering. Teaching the history using geologic terms can lead to jargon. Telling the history as nine chapters, specific to Utah, can be less intimidating than using geologic terms or quantifying in millions of  years. That is Dr. Hintze’s approach and we adopt it in concept. He would be happily surprised by our charts, particularly the left columns which would delight him.  Generic chart at left, Atwood and McGarry, 2019. For locations, please see “Resources by Location.”

Because this site’s ambitious “Geologic History of Utah for Teachers” is under construction, we highly recommend:

Under construction. Not active.

The new science core advocates comprehension versus competence. We agree. Teaching-to-the-test may show competence that does not equate to comprehension of the underlying processes. Of course it is easier to test definitions of terms than to test comprehension of processes. For example: the terms “erosion” and “weathering” refer to different processes. A multiple choice question for “erosion” might or might not show understanding of the process and how it differs from weathering. ESE wonders whether presenting local examples for glossary terms could encourage both comprehension and competence.

This region of the website is under construction. If, dear reader, you are an Earth science teacher or professional and could assist us, please volunteer. For example: could a student’s finding Utah examples that contrast erosion and weathering not only solidify the student’s understanding AND do well on the test. Note: we advocate comprehension over teaching to the test!

Under construction. We need volunteers if this region of the web site will become a reality.

For the time-being, this is a place holder for the website. It may eventually present course materials from Earth Science Education courses.

Far more exciting are the assignments teachers have written for those summer courses. Teachers have created games and written stories appropriate to grade they could use in their classrooms. Several are extraordinary, for example, a beautifully illustrated “Are  you my bedrock” teaches how pattern is an important clue to identify what kind of bedrock a piece of sediment (in this case a rounded piece of granite) came from. That particular story needs no changes in text or illustrations, although, of course it is the author’s choice to share or not, and choose copyright or not. ESE has dozens of completed assignments and their author’s permission to edit them. This will not happen without volunteer editing and illustrating.