ADVICE: COME TO CLASS April 2 / 4 with at least a couple of the images listed below…

FINAL PROJECT – Insert images into the “panorama” of Wasatch Front geology (done at Sugar House) and write captions for the images.

BE PREPARED… We start the final project in class at Sugar House.

You’ll need images for the following places to complete the final project.

The geologic panorama from the session at Sugar House Park “the answers.” Use it and your bright eyes! For example, for Lone Peak, what is the evidence from the panorama that the bedrock of Lone Peak is younger than that of Mount Olympus?

Below is an example of IMAGE and CAPTION for Warm Springs Park.

It’s okay to use your own format. It’s okay to work together but not okay to submit all the same images and captions. We know it is tempting… but don’t steal your colleagues’ education. We want to see that you can see patterns and think about them. It isn’t about getting it “right”!

By April 22, Submit a report via email that shows your ability (a) to see patterns of Earth science outside in Salt Lake County and (b) recognize age relationships (younger than / older than).

Must be able to be opened in Adobe Acrobat (pdf) or Microsoft word formats.  Email by April 22 to genevieveatwood@comcast.net as an attachment.

Seven images of the places (above) with captions.

EXAMPLE: We’ve done “A” Warm Springs. (Below) is an image and a caption. It’s Okay that your use it. Even better, use your own image and relationship. For example, if you took a picture of the springs: the springs are younger than the gray bedrock because the springs cut the bedrock. 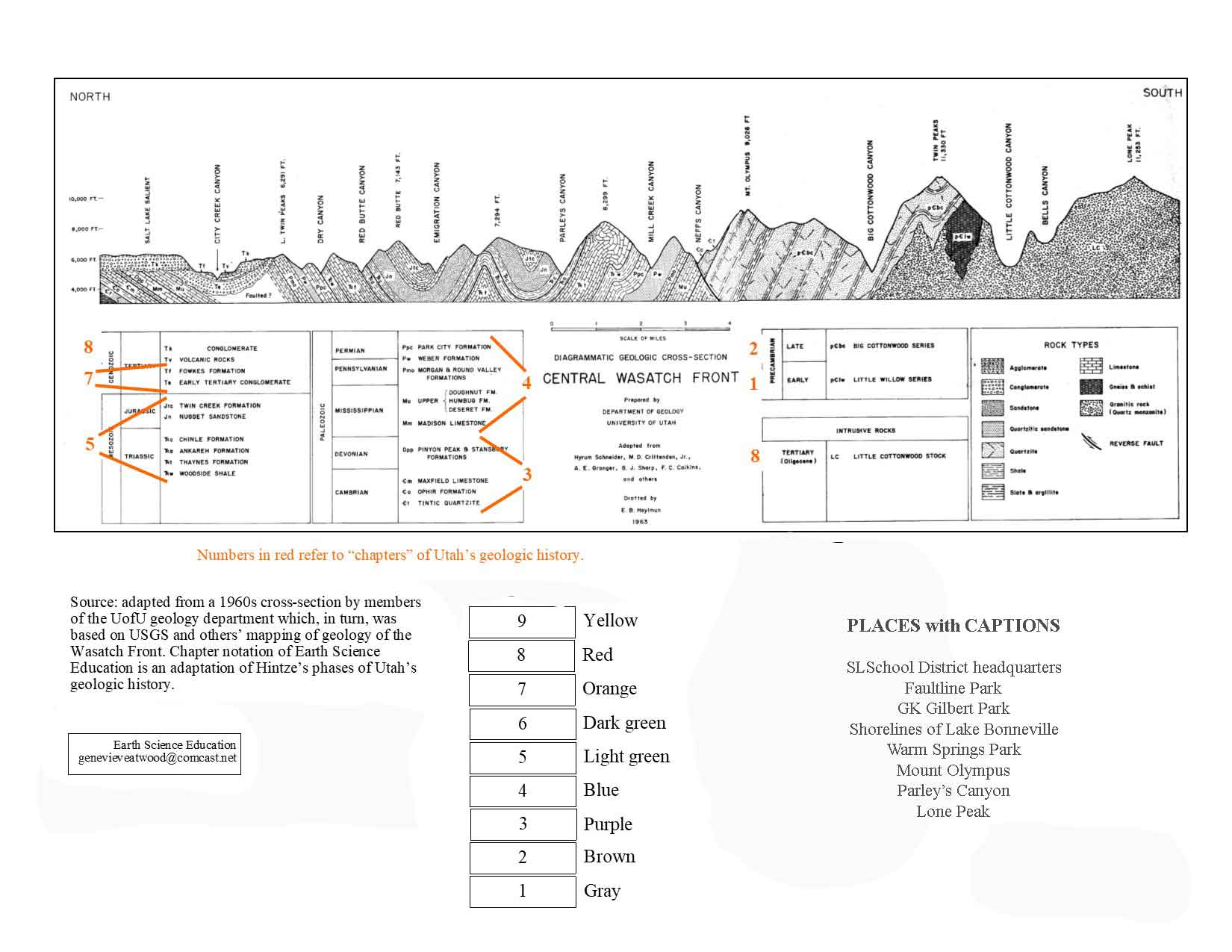 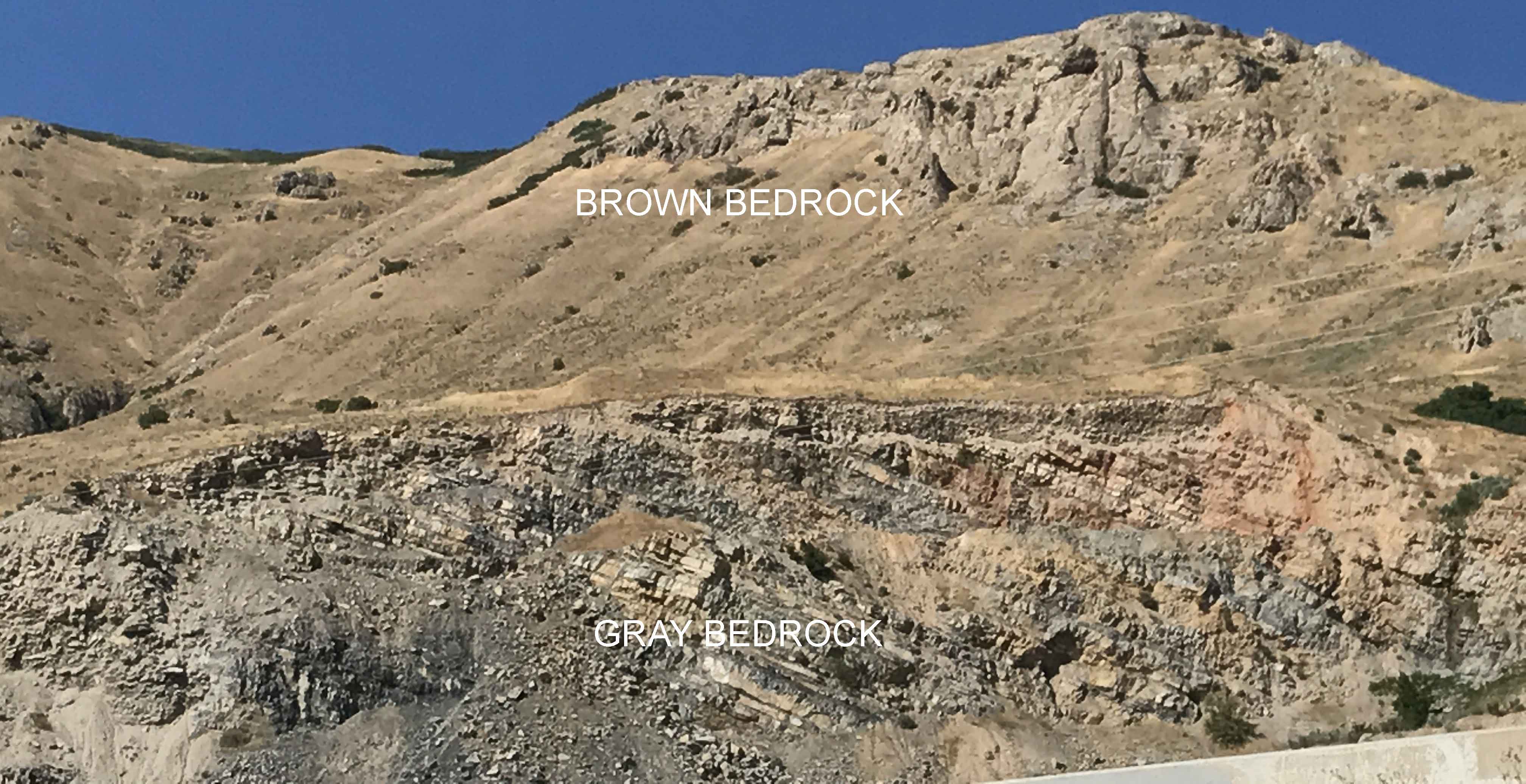 EXAMPLE OF a CAPTION for the image of Warm Springs Park.

Observation of an age relationship

Logic based on: Superposition; Cross-cutting relationship; Tilting of layers.

Go outside with JOY and curiosity.

Repeat to remember... Remember to repeat.